Volunteering for Dallas CASA means advocating for children, making sure they have what they need to heal from the abuse they’ve experienced and helping to find them safe and loving homes. Dallas CASA volunteers come from a variety of professional, ethnic and educational backgrounds, and all have a desire to help abused children.

We asked some of the dynamic volunteers who help create change in the lives of our county’s most vulnerable children about their volunteer experiences with Dallas CASA. 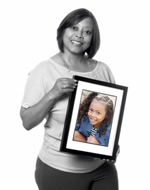 Tracie W. – I wanted to be part of something that makes a difference in the community, and children being abused and neglected is unfortunately a problem in our society. I genuinely care about the welfare of children and wanted to help them.

And what keeps you going as a long-serving advocate?

The children and I both need this now. Not only am I bringing something to them; they are bringing something to me. It gives me life to have an impact on them. With my own children in college now, Dallas CASA has become my family. I have relationships with the children, their families and the people who work for Dallas CASA, and that’s very meaningful to me. And then, seeing these kids and families in crisis, has given me a perspective. Not everyone has the same circumstances I do, and it’s humbling to see that first-hand.

How has being an advocate changed you?

I’ve uncovered gifts I had that hadn’t been fully realized. My own daughter always had me to talk to, and when I realized not all teenage girls had someone to talk to I volunteered to serve as an advocate for teenage girls. That turned out to be a real strength of mine – I can be a shoulder to lean on for a girl in need.

Describe a memorable moment from your time as a Dallas CASA volunteer.

It was delivering Christmas gifts to a five-year-old boy that meant the most to me. To be able to provide Christmas for that child, to see his little eyes light up was precious. But to see the deep appreciation from his grandfather – who was raising his grandbaby but having trouble providing for him – that was truly humbling and gratifying.

What would you tell someone considering becoming an advocate for children?

If you really love and care for children, if you really want to make a difference, being an advocate is the way to go. I love these children like my own. 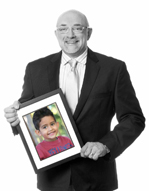 David R. – I’ve always been passionate about giving a voice to the voiceless and have been involved in organizations that serve the voiceless. For me, time is the most precious resource I have to give, and I realized this is what I wanted to do. I wanted to give my time to kids in need. 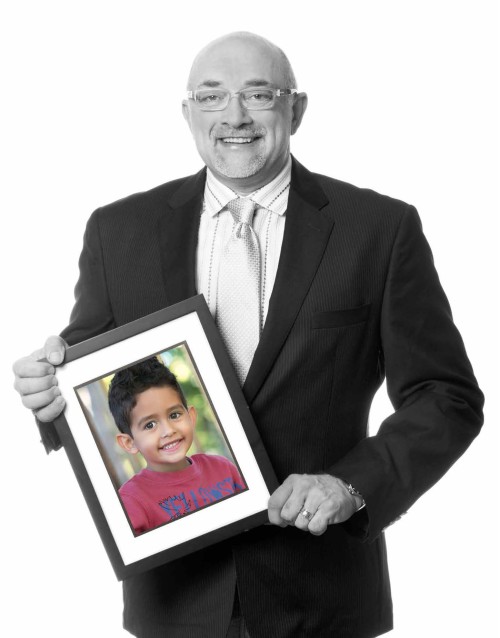 How has being an advocate changed you?

It’s really empowering realizing how many lives I can affect through advocacy. This job lets me make a real impact in the world.

Do you have a moment that tells why your role is meaningful?

One of my most difficult cases involved a little boy removed from his home due to neglect. He was eventually reunited with his parents, then Dallas CASA got involved two years later when he was removed again, now with a little brother. The case was difficult for me because it really drove home what providing the basic needs of a child meant.

But the two boys were placed with the most engaged, involved, loving foster family. They had already fostered and then adopted two girls, and now this phenomenal family ended up adopting the two boys. They were huge advocates for the boys, truly interested in the best interest of the kids and getting them services and medical attention they needed. They still send me photos of the boys several times a year and I keep the photos on my desk as a reminder.

What would you tell someone considering volunteering with CASA?

Do it. It’s probably one of the most rewarding things I’ve done in my life. If you really want to make a difference in the world, there’s no better way than through the life of a child. You can write a check to an organization, but when you’re doing this you’re seeing the impact you’re making. 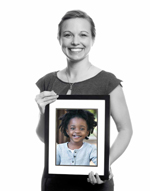 Angela L. – I grew up in a home that was love-rich but money-poor, and my parents were a huge source of love and support in my life. My dad feels his job is to “catch” and I always say little girls can do a lot when they their daddies are there to catch. My parents made me brave and bold, and I’m forever grateful. I knew I wanted to give back. It’s part of who I am. 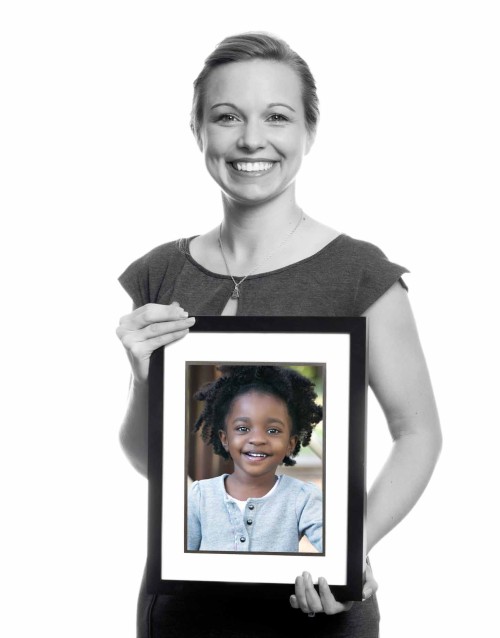 How has being a volunteer changed you?

It’s certainly made me appreciate my circumstances and how they shaped me. Not everyone has parents who are always there, no matter what, like mine were.

Describe a moment when you realized your work with CASA was helping.

One little boy I worked with had been removed from his home. His mother had severe psychiatric issues, and he suffered extreme neglect before being removed from the home. He had tuberculosis and such severe anxiety that he was scratching and picking at himself until he was covered in scabs and scars. I formed a really strong bond with him. He’s such a sweet and tender boy who needed a lot of love and a little stability.

The moment I knew I’d made a difference is when I stood with him in court at his adoption. His mother was holding him, and he cupped his little hands around her face and called her “Mama” right in front of the judge. From severe neglect to his adoptive mother’s loving arms, that little boy came so far.

He’s six now and in school. His mom sends me photos at major holidays and big events. She just sent a picture the other day – he won the citizenship award at his school. Can you believe that? The little boy covered in scabs and scars won the citizenship award. Every time he succeeds, there’s a part of me that’s overjoyed. I will forever benefit from the 18 months I spent with him.

What would you tell someone considering being an advocate?

Every hour you dedicate to CASA will truly and profoundly affect that child and everyone around them – it’s a ripple effect through the entire family. Somebody has to stick up for these kids, and I’m honored to do it. 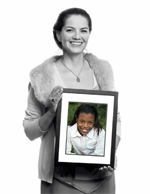 Estela S. – A mother at my son’s school was doing the CASA training. I told her I could never do something like what she was doing. Having to witness abuse, even on paper, was too much of a challenge for the heart of a mother. But she said to me “I like to be part of the solution,” and that stuck with me. 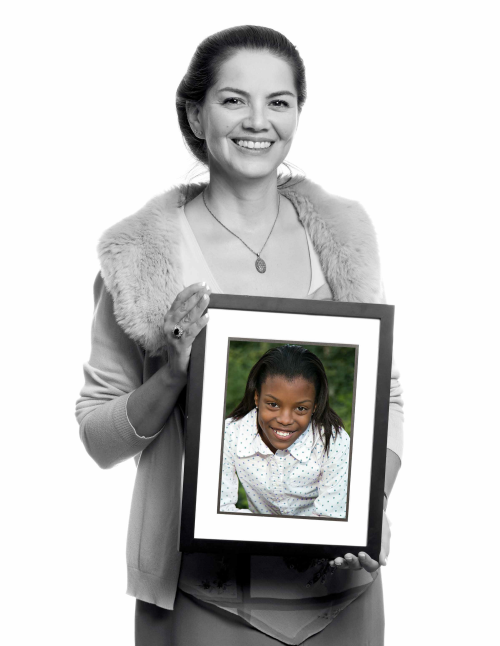 Why did you decide to start volunteering with CASA?

I would catch myself wondering how abused children made it through their day while mine was being cherished. Until one day I found myself asking if I cared enough to do a little something to protect a child from neglect. My answer was yes.

How has being a volunteer advocate changed you?

I’m tougher. I make less excuses for people, particularly for poor parenting behavior. There is help available for those who want it and a volunteer advocate can facilitate that. But every day I can see the smile of a child I visit and get to report on their cause is a day I am part of the solution.

Describe a moment when you knew your advocacy was making a difference.

For me, helping families navigate a complex system has been the most impactful. One grandmother serving as foster mother to her grandchild was not complying with CPS regulations, but I was able to discover she did not understand the regulations due to a language barrier. Once she fully understood, she was able to fully comply and keep her grandson. No one else had the time to uncover what was really going on, but I did.

What would you tell someone considering being an advocate?

Learning about CASA is only going to add to your perspective. Come to an information session and find out what you are truly made of. Be part of the solution in any way you can. I believe we are called to serve in one way or another. The children need you, me and anyone else who can do something. 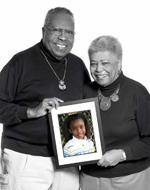 Winston and Frank M. – We’d heard about Dallas CASA from other CASA volunteers and then saw a booth at a convention. The organization and the idea of helping kids in need always intrigued me. While we had provided a two-parent home for our four children, I was raised by my aunts and uncles and grandparents. I had a story, and I knew others did, too. 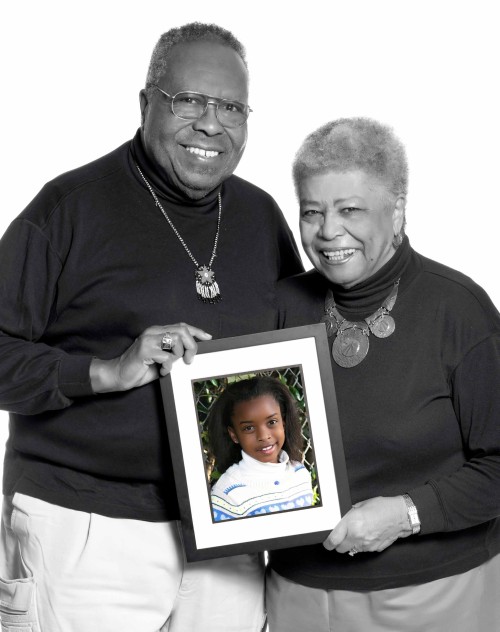 Describe a moment when you knew your CASA work could make a difference.

Win: For me, we had one case with a nine-year-old boy in a wheelchair. He had a feeding tube and many siblings. The children were malnourished and covered in scabies and lice and there were roaches on his wheelchair. As awful as that was, seeing his birth mother interact with him was worse. She ignored him and played with his baby brother. I was able to advocate on behalf of the boy that she could not be a good mother for him.

Frank: We have two cases with three teenage boys. I have taken them to basketball games, to the gym, out to eat – the things I did with my own sons. But one of my greatest satisfactions came from volunteering twice a month at a food pantry with them. They got to see other families were vulnerable, too. And I taught them to be polite, to open doors and greet people and tell them to have a good day. They got attention for being so courteous and, ultimately, that volunteer experience led to a job for one of the boys. It was rewarding seeing their success.

What would you tell someone considering volunteering?

Win: You can have a tremendous impact, but it takes a full team effort. Every case has both an advocate and a CASA staff supervisor. Having that supervisor as back-up for us has been critical.

Frank: Even little things we’ve done have made a difference. Once we made a trip to the city to get a child’s birth certificate and took it to him at his foster home, allowing him to get a part-time job. No one else had time to do it, and it made a big difference in that one child’s life.