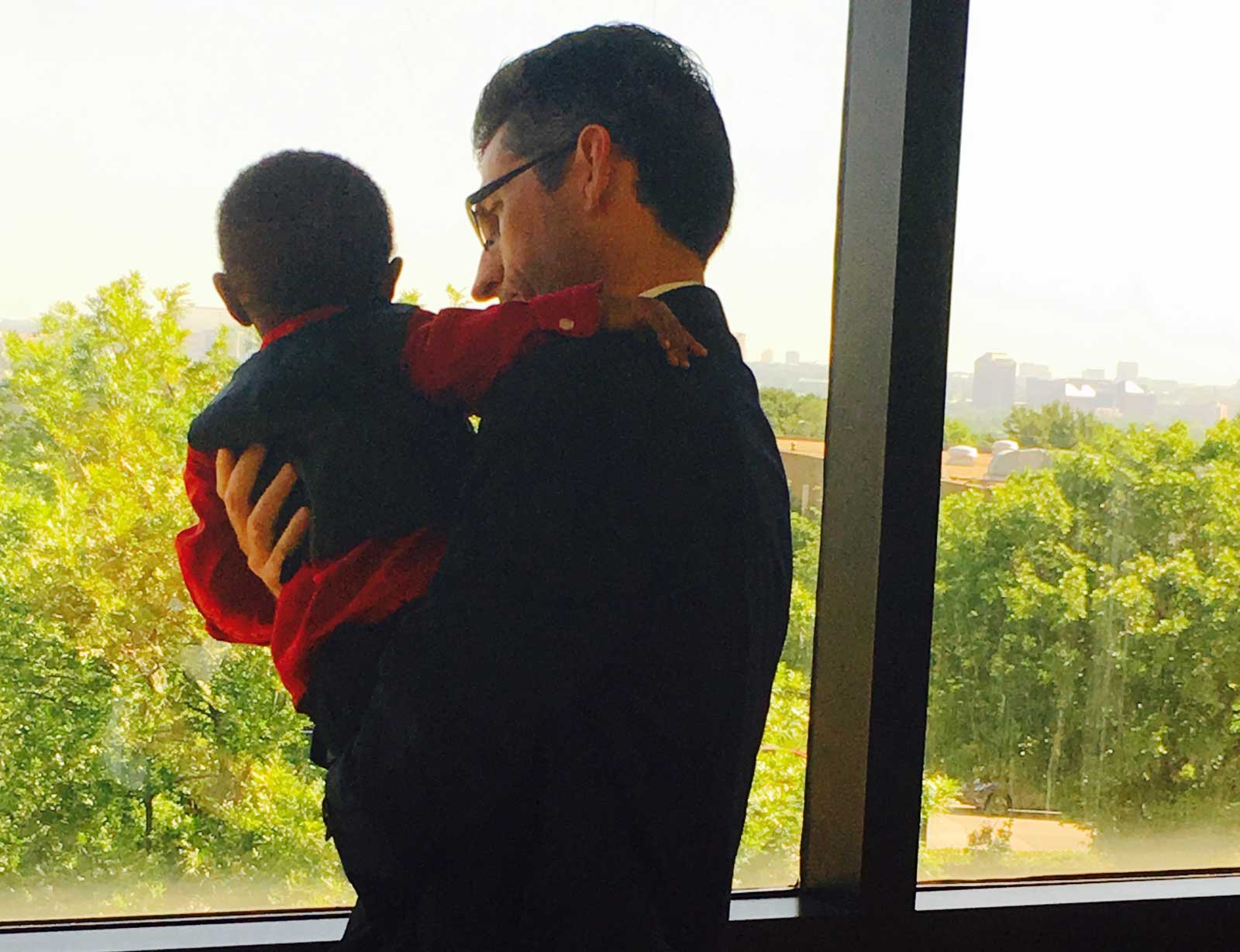 Dallas CASA is proud of all of our advocates, but it sure is nice to hear from other people proud of our advocates, too. Our executive director Kathleen LaValle recently received a letter from a local child psychologist about volunteer advocate Scott Murphy.

“I have had many positive interactions with your CASA volunteers, but the level of commitment Scott has shown to this child and family is commendable. He regularly attends medical and mental health appointments for a child and spends significant time making sure care is coordinated for the child. He has gone above and beyond in his role as a CASA,” the psychologist wrote.

We love to hear those words of support, though we already knew Scott was an unusually committed volunteer. His volunteer supervisor Margaret Wright says Scott’s dogged attention to detail on his cases means better outcomes for children.

Join us as we talk to Dallas CASA volunteer Scott Murphy.

What brought you to Dallas CASA?

I happened to hear an interview on the radio with the executive director of CASA. It resonated with me. I was attracted by how hands-on the role is and the ability to directly make a difference.

In your experience, what’s the true value of a CASA?

Your health advocacy received the attention of a local child psychologist as well as Dallas CASA volunteer supervisors. What draws you to this type of advocacy?

The first time I attended a healthcare appointment was for a medically-fragile child. I attended the appointment to get a better understanding of the child’s medical needs, but I quickly realized that seeing the caregiver interact with the child and the doctor gave me confidence that the child was receiving excellent care. I have been attending health care appointments ever since as another way to stay close to the children’s needs.

I have learned that these kids have usually been through a lot of trauma and stress, which has likely taken a toll on them in some way. A priority for me is to see to it that the children get resources to help them recover. I only have them for about a year, so I try to do what I can in that short timeframe.

Is being a CASA what you expected it to be?

I underestimated the importance of the role. I think it is difficult to grasp the impact you will have as a CASA until you actually do it. I did not realize how I would grow both personally and professionally. I have gained a lot of perspective and met a lot of wonderful and inspiring people. Each case is unique, requiring you to learn and face new challenges. The work never gets boring!

You have your family and your work and you serve as a volunteer advocate. What would you say to someone who says they don’t have time to be a CASA?

Everybody is busy. I get that. I think it’s a question of priorities. CASA is about investing in a child’s life. So for someone who says they don’t have time to be a CASA, I would challenge them to see if they could make time to help a child.