Rodney and Kendrick Have a Home for the Holidays 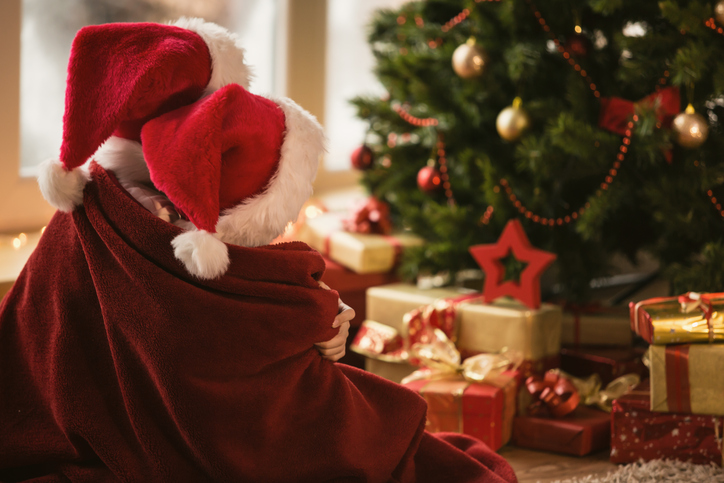 Rodney tested positive for drugs at birth like his brother Kendrick had four years before.

And just like she had done four years earlier, Rodney’s grandmother opened her heart and her home to another innocent little boy with a rough start to life.

Rodney and Kendrick’s mother struggled with addiction, untreated mental health issues and a chronic seizure condition she would not take medication for. After a year of drug and medical treatment and intensive parenting classes, the boys’ mother’s issues continued and she chose to place the boys with their grandmother permanently.

But that’s when things got difficult for the boys, now 5 and 1. Rodney and Kendrick’s grandmother lived in a rental home with security bars that were permanently affixed. Child Protective Services would not approve her as a permanent placement until she moved into a place with removable bars.

For six months, she and the boys moved in with other family members while she built up her credit and searched for a new place. All her furniture and household items were placed in a storage unit. But then her car needed a repair she did not have money for. She could not drive to her job and lived miles from a bus stop so she lost her job because she couldn’t get there. Then she missed a payment on the storage unit and all her things were repossessed. Rodney and Kendrick and their grandmother had nothing and nowhere to go.

But Grandma loved her boys and wasn’t going to give up that easily. She sought out community resources and secured new, appropriate housing. When CPS and Dallas CASA came to see her and the boys, they observed a happy and bonded family. But the boys had sleeping bags for beds, no toys, no towels to dry themselves after a bath and very little clothing.

When Dallas CASA’s Children’s Council heard two little boys had a grandmother who loved them but little else, they decided to make the house into a home. The Children’s Council mobilized resources and in one week changed Rodney and Kendrick’s lives forever.

Volunteers gathered new pots, pans, towels, bath mats and clothing. Then they found a couch, chairs, beds and dressers and even a dining set. One donor secured grocery gift cards to keep their pantry stocked through the holidays. Another donor offered to pay for the needed car repair. Another volunteer offered a truck that delivered all the items one Friday afternoon in October. The boys’ CASA volunteer Robin was on hand for their reaction. They were thrilled with their new home, but it was their grandmother who was the most surprised.

“She was beside herself with joy,” Robin said. “She cried and cried and hugged me again and again.”

This holiday season, Rodney, Kendrick and their grandmother are truly home for the holidays. They have a grandmother who loves them and will adopt them. They have a home without security bars and approved by CPS. They have beds with warm blankets and a full refrigerator. They have a dinner table for their holiday meal. Grandma got her job back now that her car is fixed. Some children may wish for special toys or gifts for Christmas this year, but Rodney and Kendrick say they have everything they need already.