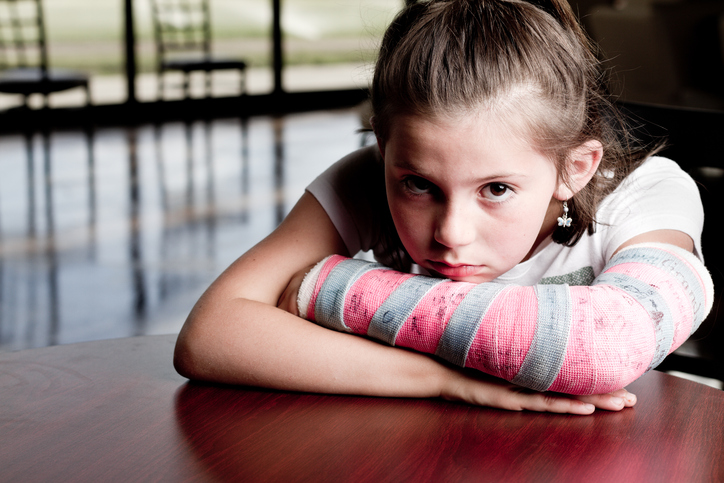 Zadie’s parents brought her to the emergency room with arm pain. They told doctors that Zadie, 6, might have fallen and broken her arm.

But when doctors X-rayed Zadie’s broken arm, they found a broken bone that could not have been caused by a fall. Her arm had a severe spiral fracture caused by someone twisting her arm so violently and with such force it broke. When asked what happened, Zadie said “my mom says it’s my fault.”

Once Child Protective Services was notified of Zadie’s broken arm, she and her twin brother Zeke and their little brother Casey were placed in protective care where they could be safe. CPS investigators discovered the children’s parents had been smoking methamphetamine daily in the home. They also discovered Casey had a genetic condition that needed medical treatment he had not been receiving.

Dallas CASA volunteer Jessica was assigned to the case. CPS placed the children with a paternal uncle in the Midwest, but after a year the uncle realized he could not afford three children or manage Casey’s ongoing medical needs permanently. He returned the children to Texas where they were placed with a new foster family in the middle of a Thursday night.

The new foster family was unpacking the children’s bags the next morning when they discovered medical paraphernalia in Casey’s bag but no information about his condition. In a panic they contacted Jessica. Over the next 48 hours Jessica contacted Casey’s original doctor in Dallas, his doctor in the Midwest and pharmacists as she tried to get the medication Casey needed.

By Monday morning Jessica had secured a month’s supply of medication for Casey, a nurse to come to the foster family’s home and teach them how to administer his shot and an appointment with a new, local doctor to clarify his medical needs.

Through the next three years in foster care, Jessica attended supervised visits with their parents. She helped the children move to a new foster placement when their first foster placement closed. She listened to the children and what they wanted, including when they told CPS they were still scared to go home. She held their hands as they told the judge they wanted to be adopted by their new foster parents.

Today Zadie and Zeke are 10 and Casey is nine. They were adopted this spring by the Sullivans who had no children. Casey’s medical needs will continue the rest of his life, but his condition is stable and his parents are focused on getting him caught up academically after too much missed school. Zadie and Zeke have excelled with consistent school attendance and were both chosen to represent their school for the district-wide spelling bee last year. They started middle school in the fall and will be enrolled in advanced math and language arts classes. All three continue to receive counseling to recover from their trauma. But the kids and their parents report they are happy, healthy and have settled into a new normal as a family of five.