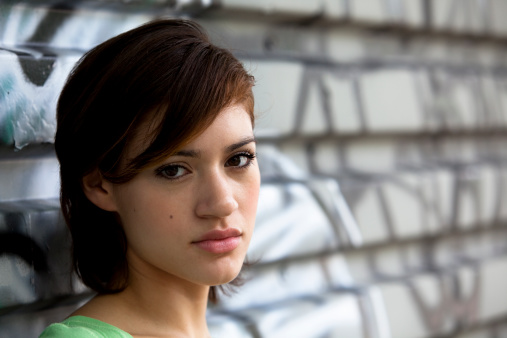 Daniella was 16 and a sophomore in high school when her mother was arrested for drunk driving with her four young siblings in the car. The arrest brought an end to 16 years of chaos, violence, drugs, drinking and poverty for Daniella, but it started a challenging new chapter for her.

Daniella’s mother’s rights were terminated, and she was sent to live in Oklahoma with her mother’s cousin who she barely knew. Her four younger siblings were placed with other family members. Though protected with a new family Daniella felt hopeless and alone in a new city, a new house and a new school. Defiant and angry, Daniella needed someone to speak for her. Her Dallas CASA volunteer Marie agreed to be that person.

Marie was there to guide Daniella through the court system and her own decision-making process. Should she plan to age out of foster care? At 16, was she open to adoption by her cousin? And how could she recover from a chaotic and broken childhood?

Marie noticed Daniella’s interest in healthcare and encouraged her to enroll in a local vocational healthcare professions high school. She applauded Daniella when she got an after-school job at a fast food restaurant. Marie encouraged Daniella to commit to therapy and work on establishing a respectful, caring relationship with her adult cousin, something new to Daniella who’d never had an adult she could count on before.

Marie smiled as she watched Daniella begin to blossom in a home free of addictions and violence. She celebrated as Daniella started making mature decisions about her future. When Daniella asked questions about nursing school and starting salaries for various nursing degrees, Marie helped her do the research and even connected her with a nursing program at a college.

Today, at 17, Daniella has been adopted by her cousin. Marie attended the adoption, pride in her eyes as she watched Daniella bask in the glow of permanency. Daniella has college, a career in healthcare and a bright future ahead of her.