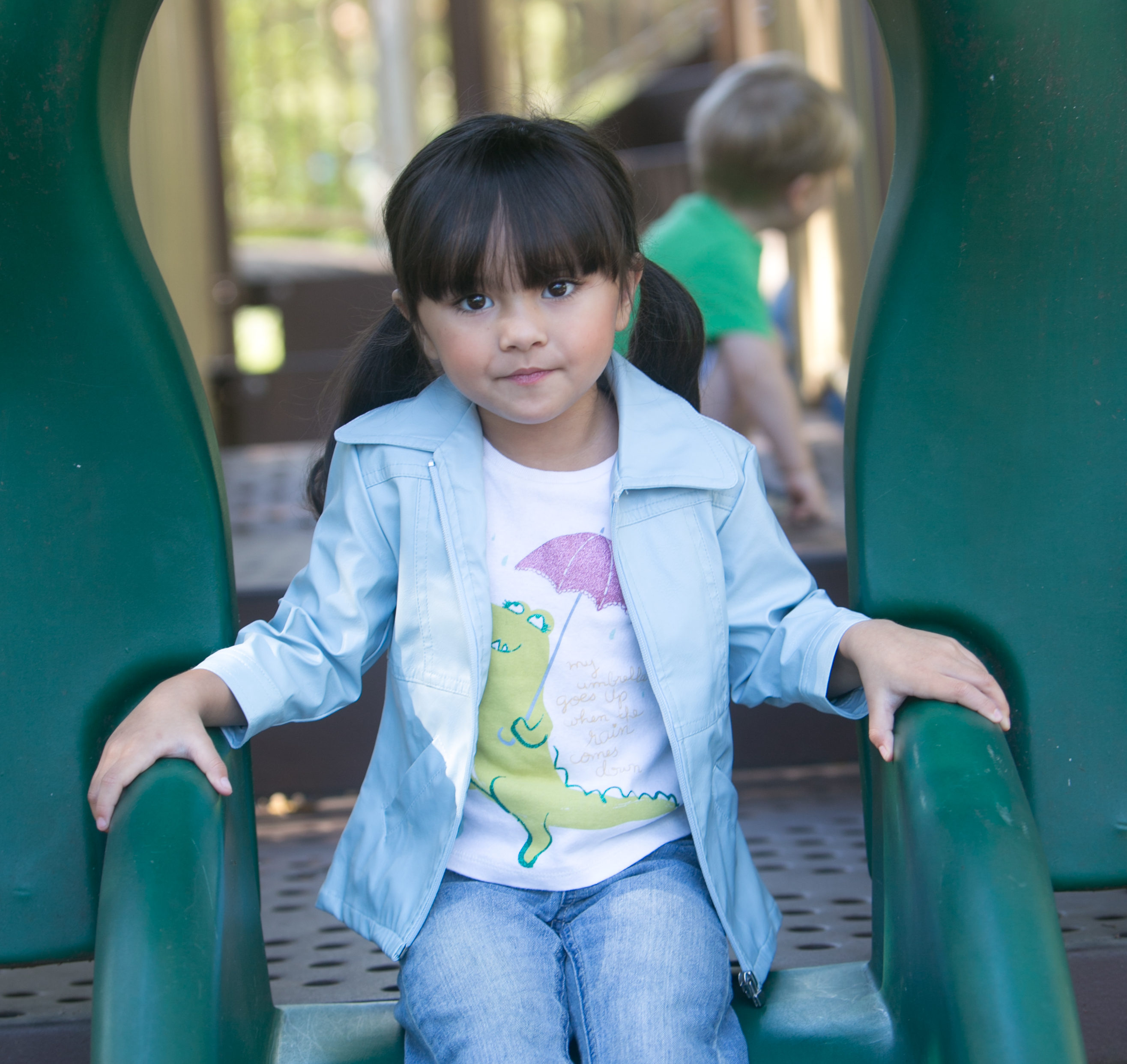 When drug enforcement officers raided a Dallas apartment, they found a woman high on drugs, a stash of heroin and a bubbly, pigtailed six-year-old girl named Stephanie.

Police officers cared for the child until Child Protective Services arrived, and Stephanie was placed in foster care. Stephanie was assigned a Dallas CASA volunteer, Myrna, and the two embarked on a year-long journey through the child welfare system as Myrna helped Stephanie find a home where she could grow up safe and loved.

From the start, Myrna’s ability to connect with Stephanie by speaking Spanish was key. Stephanie spoke only some English and was more comfortable speaking Spanish. Communicating her fear and loneliness was easier in Spanish.

“I think my ability to speak Spanish helped Stephanie feel comfortable opening up to me and helped me build a rapport with her during our visits,” Myrna said. “Those first few weeks in foster care were tough on her.”

Myrna and CPS worked together to find relatives who could take Stephanie in. They found Stephanie’s father, Diego, who had moved to Oklahoma to be with his extended family just weeks before Stephanie’s mother was arrested. Diego had always been a big part of his daughter’s life, so as soon as Diego found out Stephanie needed a home he stepped up. Unfortunately, a drug screen showed he had used marijuana recently and would have to complete drug counseling and treatment before Stephanie could come home with him.

For a year while completing his CPS-ordered services, Diego traveled 200 miles every Wednesday to visit Stephanie at Dallas CPS offices. He brought homemade food from his mother and small gifts, but it wasn’t the things he brought that Myrna noticed. Instead, she noticed his full attention on and engagement with his daughter during visits. The two shared a unique bond.

“The love and admiration Stephanie and Diego both have for each other was truly special, and his effort to do everything possible to get his little girl back was very endearing and motivated me to do everything I could to help them be reunited again,” Myrna said. “I became not only Stephanie’s advocate but Diego’s as well.”

Myrna helped Diego schedule his services when an interpreter wasn’t available. Diego’s court-appointed attorney could not speak Spanish, and Myrna occasionally served as translator after court hearings. Myrna traveled to Oklahoma to visit Diego’s home and provided a home study to CPS. She met his siblings and their children, Stephanie’s first cousins, who lived in the same neighborhood. She met Diego’s mother and many other members of his extended family and found a loving family ready for Stephanie to join them.

“I was alleviating some of Diego’s anxiety by speaking to him in his native language,” Myrna said. “I felt like I was really making an impact not only on a child’s future, but ultimately a family’s future.”

After almost a year in protective care, Diego finished all court-ordered services and readied his home for his daughter. Stephanie was reunited with her father in Oklahoma over Labor Day weekend. She was looking forward to spending time with Diego and his network of family support in Oklahoma. And like a typical seven-year-old, she was especially looking forward to riding the school bus to first grade with her cousins this fall.